Lee Vining Airport lies on the shore of Mono Lake, to the east of the Sierra Nevada. A saline soda lake, Mono Lake is one of the most interesting natural phenomena in California. Mono Lake is believed to have formed at least 760,000 years ago, and the lack of an outlet has caused high levels of salts to accumulate in the lake over the course of the millennia. This has resulted in an extremely unusual ecosystem in which only a few species of animals and plants are able to survive. One of the few animals to thrive, the brine shrimp, is a staple food for the migratory birds. These shrimps feed on single-celled planktonic algae. In the early spring, when winter runoff brings nutrients to the surface layer of water, these algae reproduce so rapidly that the water of the lake turns as green as pea soup. 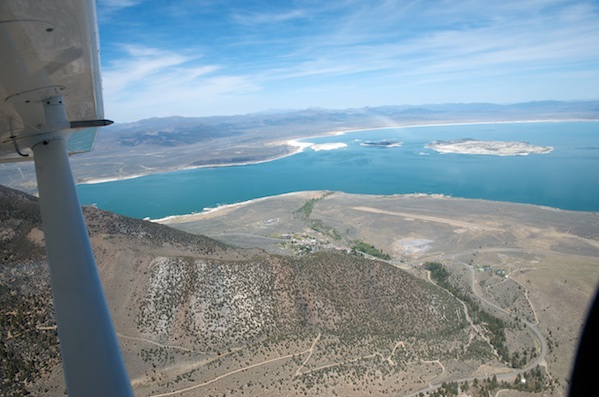 Its shoreline is dotted with bizarre limestone formations called tufa towers. These were exposed when a 350 miles long aqueduct was connected up to the lake in the 1940s to meet the growing water needs of Los Angeles. This has caused such serious ecological problems that efforts to slowly raise the water level again have been ongoing since the 1980s. 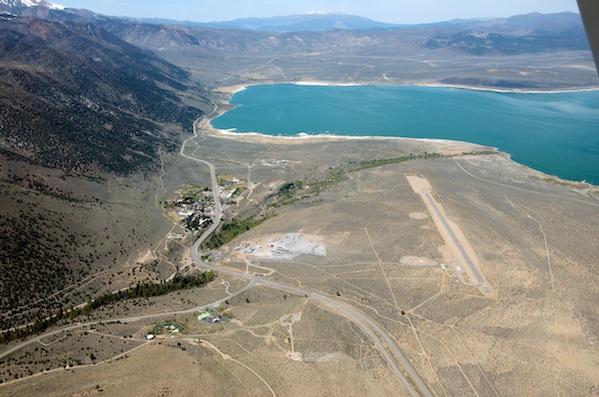 There are several ways you can approach Lee Vining from the west, but the most spectacular route is definitely down the Yosemite Valley and across Tioga Pass (almost 10,000 ft. high). Every pilot is aware of the careful attention that must be paid to the route and weather for such a flight. Your reward, however, will be one of the most thrilling aeronautical experiences to be encountered in the whole of North America. 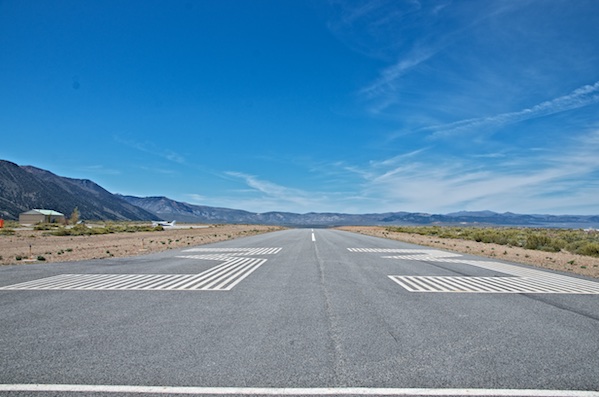