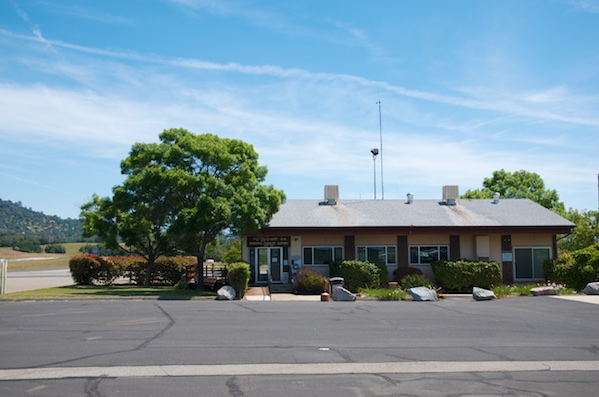 There are days on which it’s inadvisable to fly into the Sierra Nevada. But for anyone still wishing to visit Yosemite National Park, or travel anywhere in the vicinity, the Mariposa-Yosemite Airport is a good alternative. Built during the Second World War as Mariposa Air Force Auxiliary Field, it’s a pleasant strip lying at an altitude of just 2,252 ft. at the foot of the Sierra, surrounded by gentle hills. You can hire a car here (enterprise) to drive further up into the mountains.

The Airport Bar & Grill is only a short distance away to the west on Highway 49. This Western-style restaurant serves simple cuisine at fair prices.

Around 8 miles from Mariposa-Yosemite Airport, there’s a cozy B&B called the Mariposa Farmhouse. Guests are picked up from the airport free of charge.