St. Augustine is considered the oldest continuously inhabited city in North America. It was founded on August 28, 1565—feast day of St. Augustine—by the Spanish admiral Pedro Menéndez de Avilés. Although there were already other European settlements in Florida,  many were abandoned in the meantime, which makes St. Augustine the oldest continuously populated city in the United States. The Castillo de San Marcos fortress built between 1672 and 1695 located in the center of town was witness to an era during which the Spanish had total control. The fortress and the old town are well preserved and lovingly maintained. St. Augustine was the capital city of Florida for many years until the capital was moved to Tallahassee in 1824. 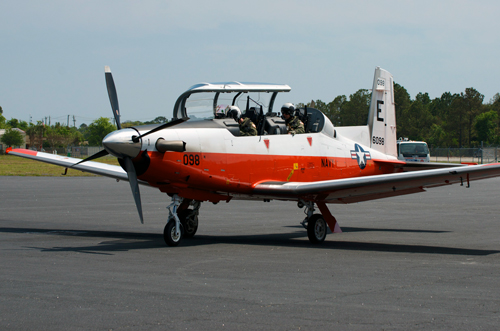 Due to its unique historical status, St. Augustine is among the most popular travel destinations in North Florida, especially among the locals. Many Europeans choose St. Augustine airport as their base for flyer holidays because of its excellent tourist infrastructure and its convenient flight connections via the Jacksonville airport. However, if you want to fly here during the peak season, book early, then you will have no problem finding a hotel in any price category. The local flight schools are usually able to help you find the right hotel or lodging and often have discounts with some of them. It always worth asking!

Yet St. Augustine has much more to offer than just its history. Miles and miles of sandy beaches are ideal for sunbathing and swimming. At Alligator Farm (with ropes course next door), you learn all there is to know about Florida’s omnipresent reptiles. The old town also has good pubs and restaurants, offering much more than the usual chain restaurants.

Because the St. Augustine Airport is at the north end of town, it’s a short drive from there to Jacksonville.  Galaxy Aviation unfortunately does not offer courtesy cars, but it does arrange for rental cars from Hertz. You can get to downtown Jacksonville in about 30/40 minutes from the FBO. 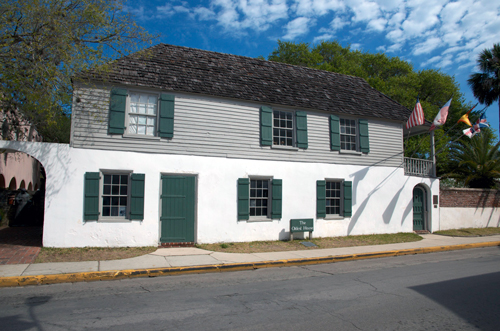 The St. Augustine Airport  is a lively place with two large flight schools, many local airplanes and sometimes brisk jet traffic. The main runway runs parallel to the coast which means that there is often a side wind. If air traffic permits, the tower tries to use the other runways for take-offs and landings.

Galaxy has a well-organized FBO that leaves nothing to be desired. If you refuel here, you won’t be charged a parking fee.

The Fly-by Café with a slightly raised outdoor patio is located right at St. Augustine Airport (next to the FBO) where you will get a good view of take-offs and landings. With a bit of luck, you may catch some outstanding stunt flying during training. A separate aerobatic box has been set up for this purpose. Prior to landing, make sure you listen in on ATIS to find out whether the box is active (hot) or not.