When asked what the capital city of Florida is, most people answer “Miami.” Wrong. Tallahassee has been Florida’s capital since 1824. Perhaps this confusion is due to Tallahassee being off the beaten track, in the heart of the panhandle or perhaps it’s simply because people think it does not have big tourist attractions to offer. Well, nothing could be further from the truth.

Embedded between lakes and national parks, Tallahassee is much more than just a center of government administration. It has a high number of museums, universities and colleges and, with Embry Riddle Aeronautical University located there, Tallahassee can boast a recognized training facility for upcoming pilots, aerospace technicians and engineers.

The Mission San Luis is Florida’s Apalachee-Spanish living museum and brings to life the history of this early European and Native American settlement. The current mission was built on the site where the old Spanish mission was located. Almost all its houses are “inhabited” by people in period costume who transport visitors back in time to show them what life was like during the age of early European settlements. The Mission San Luis is just a 15-minute drive from the airport. 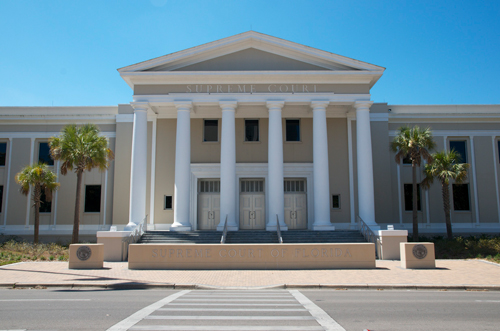 Though the Tallahassee Regional Airport is located in Class C air space, when it comes to air traffic density, it is more like a Class D airport on the east coast. However, you should become familiar with the landing and take-off procedures and, of course, print out your plate and have it on hand. If runway 18-36 is active, the easiest way to get to the FBO is to ask for taxi via “J”. This helps you avoid potential zigzagging between the helicopters and business jets. The FBO at this airport, Million Air, is one of the top FBOs in Florida. Its services include courtesy and rental cars, quiet rooms, showers and even a pool table.